The Paradox Of Testimonials: Why They Are Unethical And Why We Can’t Stop Using Them 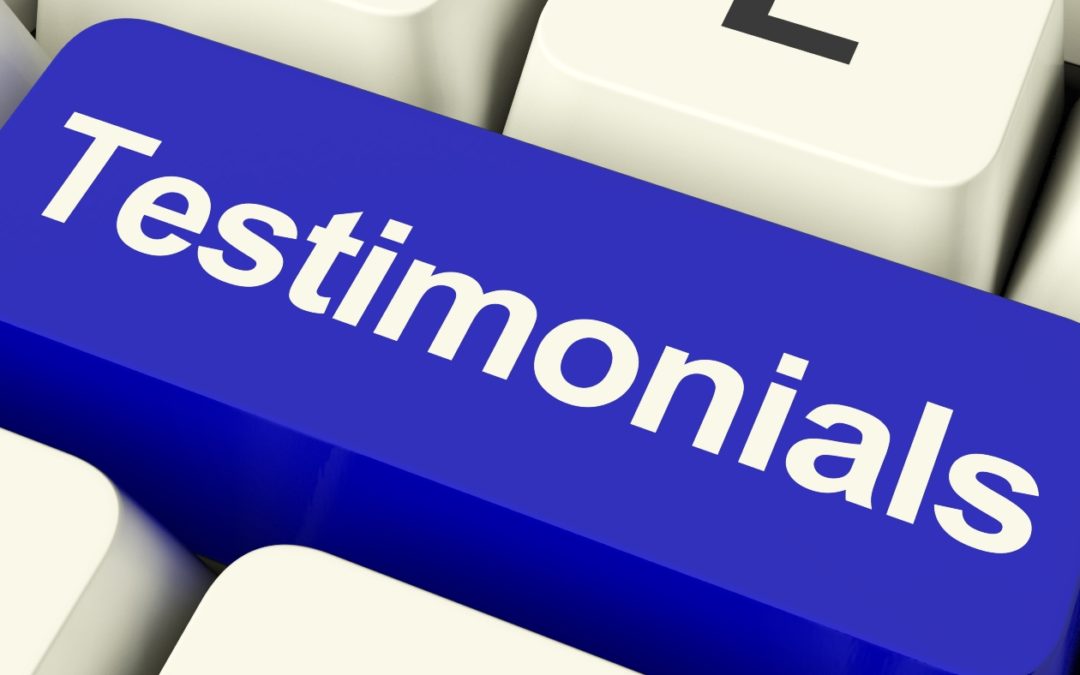 It was a hot and overcast day in May 2015, and I was standing dangerously close to the water in the middle of San Antonio’s famed Riverwalk, just outside of the ABAI conference hotel.  My mouth was half-opened and parched, my fingers were tapping frantically on my conference program book, and uncomfortably loud pangs were emanating from my stomach.  I was hungry and in a hurry; I needed to find something to eat but I didn’t know where to go.  I hadn’t eaten for six hours, and was consistently reminded of this fact as the inter-response time of each pang seeming to shorten by the minute.

As my eyes scanned the horizon of restaurants, cafes, and bistros, my gaze locked in on a Texas-sized steakhouse with offensively bright green neon lights forming a silhouette of a bull-riding cowboy. In spite of the slightly garish sign, my stomach begrudgingly growled its approval at the choice, and I told myself ‘I have to eat here before leaving San Antonio’.

As the messages traveled with haste down from my brain to the muscles of my body instructing them to put one foot in front of the next and enter this appealing culinary establishment, an emergency correspondence broke my stride and raced to intervene.  This directive came with special subtext “Check Yelp, before eating there!” it warned.  Paralyzed by confusion and driven by a compulsion to follow these previously conditioned orders, I squeezed my hand down into my pocket and clumsily wiggled my phone loose from the depths of my jeans.  After scrapping the sides of my hands on the inside of my pocket and subsequently failing to unlock my phone with touch ID, I franticly entered in the pass code manually and entered Yelp.

To my delight, this restaurant had received fantastic reviews!  It had an aggregate score of 4.5 stars out of 5.  Ignoring all of my prior training in behavior analysis, I briefly reveled in the composite score, before promptly dashing inside the restaurant and ordering a libation to celebrate my triumph and sate my stomach. After finishing my tasty meal, I slowly meandered down the hallways of the conference hotel with a full belly in search of the next symposium I was to attend.

Once I found my seat and sat down, I, like most behavior analysts recalled the sequence of behavior that led me to discover such a reinforcing experience.  As I considered this chain of behavior, I began to consider the contingencies that shaped it and began conducting a private indirect assessment.  “Why was I so determined to check the reviews?”, I asked myself.  To which I replied “The answer to most ‘why?s’ is usually a history of conditioning. You did something in the past, it was followed shortly thereafter by something beneficial and, voila: your behavior increased.”

After returning from the conference unsatisfied with the results of my internal assessment, I decided to do some research on testimonials in our field and found the following posts from what appeared to be consumers of behavior analysis services:

“Great therapist, would recommend to everyone!”, “Wonderful personality, always treated our family with respect.”, “Our baby boy loved her!  You have to try her services!”

Sound familiar?  Unfortunately, these reviews and others like them are all too recognizable across the annals of behavior analytic websites and social media.  Our behavior has been conditioned, apparently, over time to utilize these skewed opinions regardless of their value to consumers or their compliance with our code of ethics. Currently, our ethical behavior as a field is rule-governed, and the powers that be take a deontological approach to ethical decision making – an approach where one’s behavior is deemed ethical or not through its adherence or non-adherence to a code of ethics.

Regarding testimonials, this is what is stipulated in the Professional Ethical and Compliance Code for Behavior Analysts in section 8.05:

“Behavior analysts do not solicit or use testimonials about behavior-analytic services from current clients for publication on their webpages or in any other electronic or print material. Testimonials from former clients must identify whether they were solicited or unsolicited, include an accurate statement of the relationship between the behavior analyst and the author of the testimonial, and comply with all applicable laws about claims made in the testimonial.”

Often, the attitude is “What’s the big deal? It’s just a review of our services, it’s not hurting anyone. Everyone uses testimonials.”  However, as an item in the compliance code, using testimonials inappropriately IS an example of unethical behavior.  Moreover, once January 1st rolls around, we will be held to those standards whether we agree with them or not.

But why is it unethical?  What makes a testimonial unsuited for use by behavior analysts?

The problem really begins with what a testimonial is – a subjective account of someone’s experience with a particular product or service.  This definition presents a problem specific to behavior analysts, as we don’t deal in subjectivity, we traffic in objectivity.

If you break down a testimonial further, you eventually reach the conclusion that a testimonial is simply information – information about someone or something that you are considering interacting with, but information nonetheless.  And as consumers, we want our information to be trustworthy so that we can make better, more informed decisions.  We behavior analysts use a similar principle with another type of information that we value and hope is trustworthy… our data.  We even have rules that help to govern the trustworthiness of our data – namely validity, reliability, and accuracy.  So shouldn’t the same rules apply to testimonials?  Is what the consumer is saying really what’s important for others to know as potential consumers of that product or service? And, if asked again, would the person giving the testimonial say the same thing?

For those who still feel that consumer information is not as important as scientific data, consider the following:

For example, someone reads a testimonial when looking for a financial advisor and finds a review stating “______ (Name of advisor) is great!!! I have made so much money with him, he is like a magician, I send him money and sends me back more money! I love _____, I’m naming my firstborn after him!” They then take on that financial advisor as a result of the testimonial. A few years down the road, someone else reads this testimonial, and discovers that the name filling in the blank space was Bernie Madoff.

There are also cosmetic issues with testimonials, for example:

This is why behavior analysis puts such a strong emphasis on objective outcome data, thereby avoiding the testimonials’ inherent subjectivity and lack of trustworthiness. It avoids ‘spur of the moment’ reviews from a temporarily happy or unhappy consumer, and it even avoids unethical behavior from a  concerned business owner looking to increase sales. Testimonials could almost be seen as akin to talk-therapy, where the patient describes how they feel at the moment, but that report may or may NOT be accurate or reliable if asked again in the future.

Overall, the sharing of information amongst consumers is undoubtedly important: it helps keep purveyors of products and services honest when interacting with the public, and it gives consumers peace of mind. However, it is essential that this shared information is credible in order to achieve the aforementioned goal.

So please don’t misunderstand, I am not advocating for AVOIDING the use of testimonials. In fact, quite the opposite: information sharing is a critical part of the zeitgeist within today’s culture, the suggestion is that we do it ETHICALLY.

So, how could people start using testimonials ethically?

Well, to start, testimonials would need to be re-defined, in observable and measureable terms.

Make sure to present to your consumers what evidenced based services you offer and how they can be measured before starting your service.

Post objective outcome data (in accordance with all associated regulatory boards and laws) as your testimonial, indicating whether or not you met or exceeded the original projected outcomes and how often this occurred. This could be presented visually, ensuring people can analyze the trends on a graph.

Do research on how to ethically post information about your service or product, utilizing a morally pluralistic view of ethical decision-making that takes contextual variables into account.

So remember: sharing information with your consumers is important and valued by the people we serve, however, if you are going to use testimonials please make sure to do it like a behavior analyst does it…with objective data.

Let us know your thoughts on testimonials in the comments below and be sure to subscribe to bSci21 via email to receive the latest articles directly to your inbox!